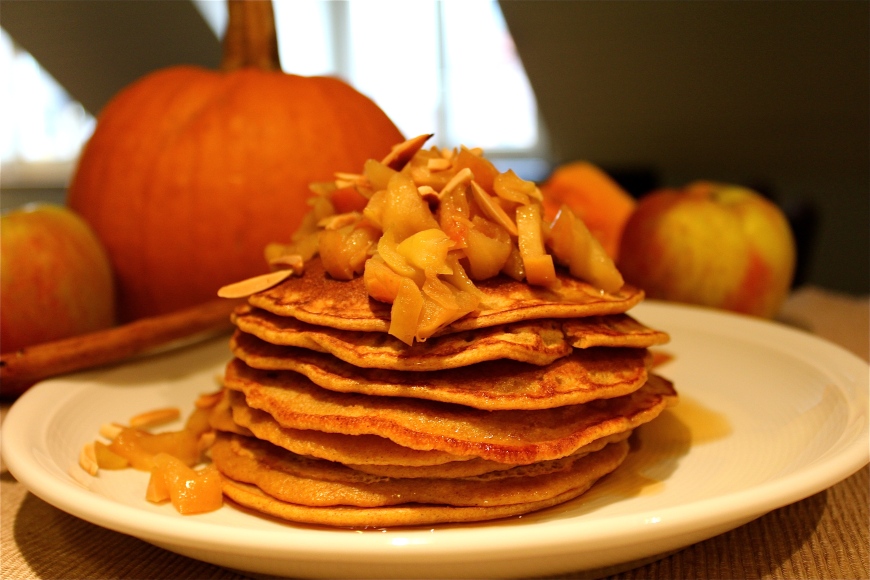 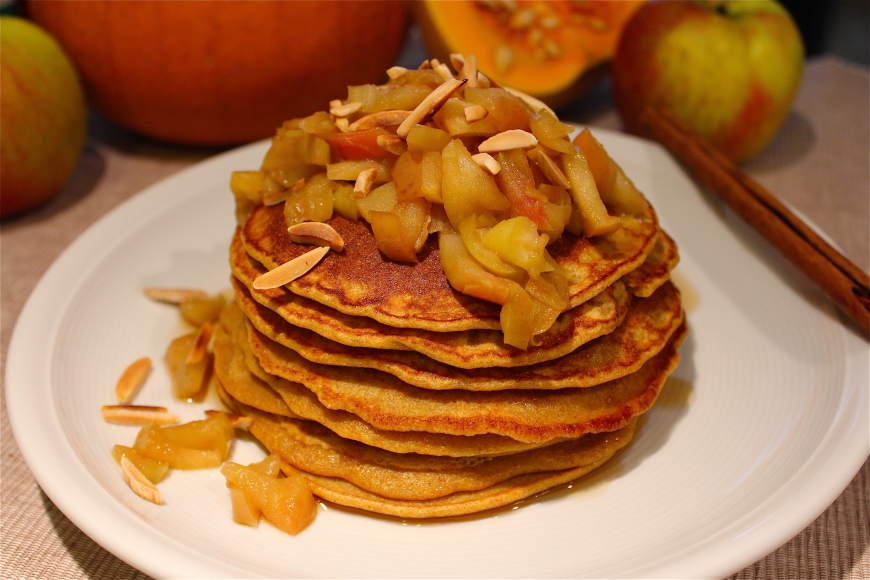 Peel the Pumpkin and cut dices. Put them in a pan with some Water and cook the pieces until they are soft and you can puree them. Let the puree cool off on the side.

Roast the Almonds in a frying pan without Oil.

Take a bowl and mix the Flour, Locust bean gum , 1Tbsp. of bown Sugar, Soy Milk, Oil, Baking Powder, Salt, Ginger, Nutmeg, Cinnamon powder well together. At the end you blend it with the Pumpkin Puree.

Now take 2 Apples. If you have the apples from your garden or neighbors garden or organic in general, don’t peel them. The good stuff is in and under the skin. Just remove the apple core and cut little pieces. Put them in a pan with some Water and a Cinnamon Stick and the other Tbsp. of Brown Sugar and let them cook for 10 Minutes. You can poor off the rest of the water if there is.

Now add a little Oil to a frying pan and cook the pancakes, golden brown on every side. Serve them with the cinnamon apples, roasted Almonds and Maple Syrup. 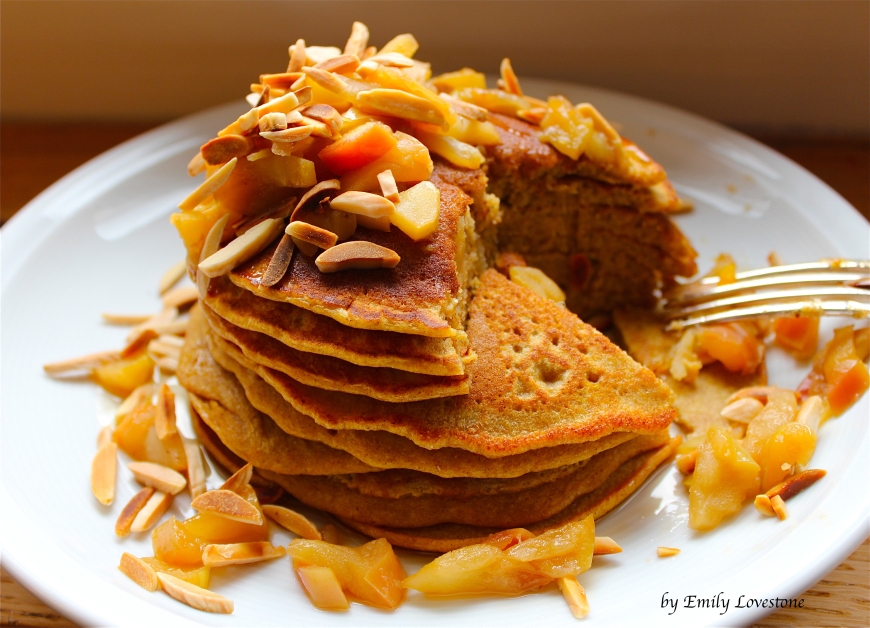 Leave me a note: Cancel reply